You are here: Home /News/Aftermarket/Industry Leader Calls For a Stop to Infringing Products 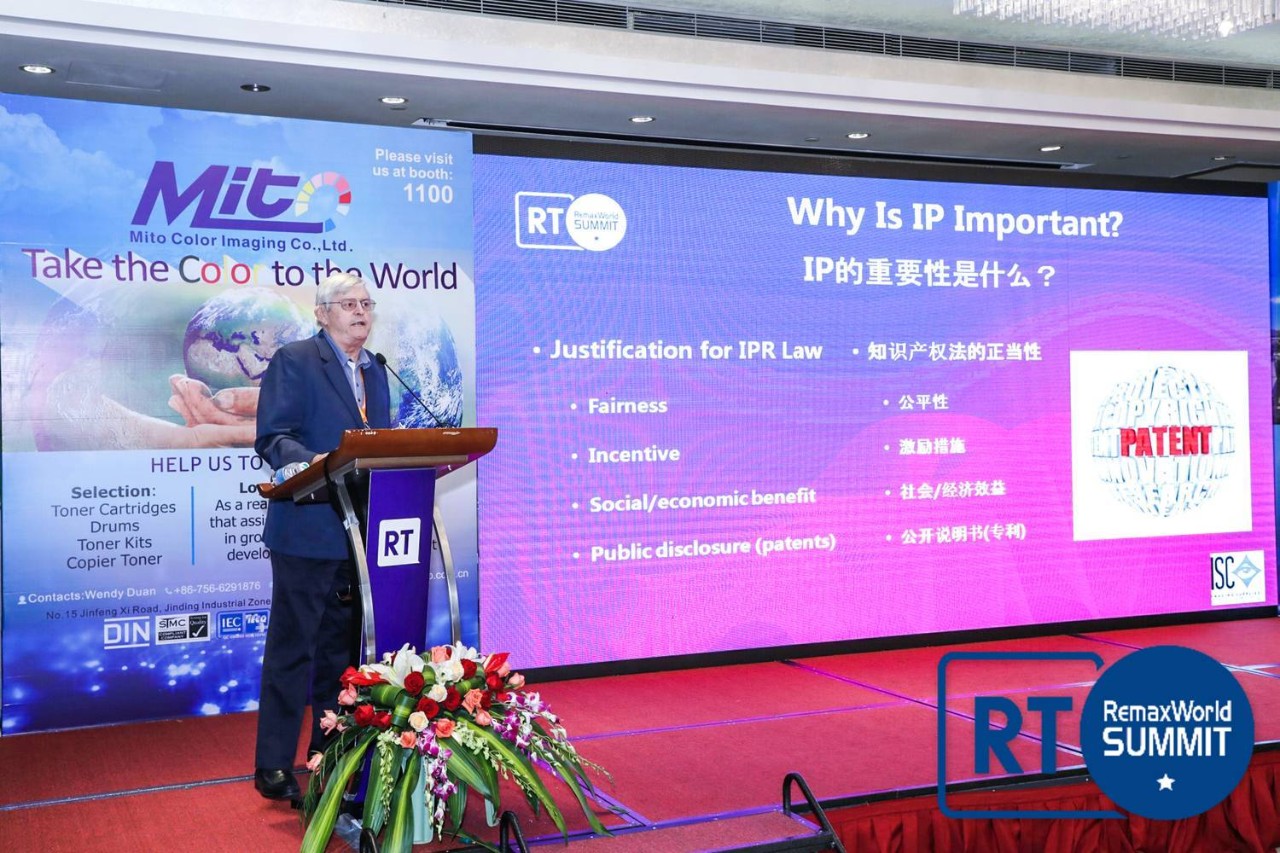 The president of the coalition of printer OEMs has called on all sectors of the imaging supplies industry to eliminate infringing product from commerce.

According to Allen Westerfield, printer OEMs and the aftermarket should have open dialogue with each other and seek a stronger cooperation. “We should band together in order to maximize our influence and reach, and to educate resellers, consumers and governments,” he added.

Westerfield is President of the Imaging Supplies Coalition (ISC) that includes OEM giants including HP, Canon, Epson, Brother, Lexmark and Xerox.  He travelled to Zhuhai China to speak with 200 industry leaders at the annual RemaxWorld Summit in Zhuhai China today. Previously, Westerfield was a marketing executive with Lexmark for 15 years holding positions as Marketing Director USA and the Director of Marketing Asia Pacific.

According to Westerfield between five and seven percent of total world trade is counterfeit valued at more than US$600 billion. “Growth is faster than the world economy,” he said.

For this reason, the ISC was set up in 1994 as a non-profit industry trade association to serve the interests of OEMs.  Westerfield told summit participants the ISC estimates US$3.5 billion is lost to imaging supplies counterfeiters.  To this end the ISC supports the US International Trade Commission that has granted General Exclusion Orders to Epson, HP, Canon and Lexmark.

Westerfield told delegates the ISC’s position is to recognize those who are involved in the Aftermarket, particularly with non-infringing remanufactured and non-infringing new build products. “These are legitimate competitors in the market place,” Westerfield stated. He added, “There will be fierce competition in the market place but, there should be zero tolerance for counterfeit, pirated or patent infringing product.”

Westerfield also urged the legitimate aftermarket to join with the OEMs to cooperate with government enforcement agencies and enlist their support.